Q: The chants in the Bernabéu aimed at you show that you have not been forgotten.
A: Yes (he’s silent and looks at the photos on the computer).

Q: And what do you think about that?
A: I’m touched by it.

Q: Does it help to soothe the pain?
A: It helps me and I keep in my heart the response of Madrid’s fans. I’m at a point in my career where I find it incredible what Madrid has done. They made an offer for four months for a footballer who’s 34 years old. It’s amazing! They came with everything. They did everything possible, and I did as well, but…

Q: A forbidden love?
A: Yes, that’s true. Those are things in life that make you think, “¡Joder! Mejor, imposible.“

Q: How did everything start?
A: It was my agent, Roger, who told me about the interest on Jan. 13. I wanted to go to Madrid, but up to Monday (two days ago) evening there was no solution.

Q: You offered to pay part of the transfer fee.
A: Yes, I had no problems doing so. The important thing was how I felt. We made a huge effort, but… it wasn’t meant to be.

Q: Did you see yourself in Madrid?
A: Of course, when you’re relaxed at home and you daydream… I imagined returning to Valdebebas, playing in the Bernabéu. In the end, the answer was no, but I’m not going to give up. I’ll continue playing football, which is what I like best in life.

Q: What did Raúl tell you?
A: He was very clear. He knew what kind of opportunity it was and he wished me lots of luck. But last year I signed this contract and I have to live up to these responsibilities as well.

Q: What did you say to try and convince Hamburg’s president?
A: That it was a dream, that it was Madrid! But they didn’t want to do anything.

Q: Are you upset with your club?
A: I can’t say anything about the fans, the players or the coach. It was the club that made this decision. The most important thing is that I continue being a professional and a good person.

Q: You never thought of going on strike to force a return?
A: When you think about how Madrid is waiting for you, you think about saying, “take that! I’m staying in Hamburg, but I’m not going to play because I’m going to be sick.” No, no and no. In the end, that attitude does nothing for you. If I, as a person, did things like that, I would lose. [The Marca interview asked the same question, and Ruud's reply was along these same lines, but he added, "I'm a man of my word. No one made me sign with Hamburg and now I have to fulfill my contract."]

Q: What did Mourinho say to you?
A: He said publicly in Valdebebas that he wanted me. What else could be said?

Q: Did you speak with any of your former Madrid teammates?
A: Yes, with Diarra. I received a lot of messages from Madrid’s players and employees.

Q: What do you hope for Madrid?
A: I have all the faith in the world in this team and in this coach. It’s the only team capable of beating Barça. But they’ll do it without me. [Sigh...]

He also spoke to Marca.

Q: Why didn’t Hamburg let you leave?
A: It’s a good question. They told me that they couldn’t sell me because they needed me. It was not a question of money, since Madrid’s offer was spectacular: €2 million and a friendly, which could translate to two or three million more. But they said no.

Q: Wasn’t there anything else you could do?
A: No. I did everything I could. Ever since Madrid called me, I was constantly in the front office, and I spoke with the coach, the president… I begged them to let me realize my dream. I told them that it was not only my dream, but also that of my family, my wife, my kids, but it was impossible. Nothing worked. And it’s a shame, because the amount of hope I had was incredible… I’m staying here, although my heart is in Madrid.

Q: Would you have played for free?
A: I don’t want to go into details, since nothing matters anymore, but I was.

Q: What was that call from Madrid like?
A: It was an incredible surprise. I never imagined it would happen. It happened on a Thursday morning, Jan. 13. One hour later, I was calling Hamburg and starting to fight. I begged them not to take this away from me.

Q: What’s your opinion on how Madrid handled this situation?
A: They couldn’t have done more. I can only say thank you to Madrid, to their employees, to Florentino and the coach. They were wonderful to me, because they made me feel very special, because this call gave me two or three more years of football. It’s given me new life.

Q: How many times have you dreamed of returning to the Bernabéu?
A: Many times during the last week. And scoring goals, stepping on that field… I saw myself in Valdebebas and with Mourinho. But then I saw that Hamburg wouldn’t budge and I got nervous, and I couldn’t sleep well.

Q: You had a bad time of it?
A: Very bad, because uncertainty is horrible.

Q: And now what?
A: I’ll go to another club. I won’t renew my contract.

Q: Do you feel that your history with Madrid is incomplete after all this?
A: Madrid, the club and the fans, will always be in my heart. I left Madrid because I had a lot of injuries and I needed to play. And Madrid let me leave for free. Madrid is incredible. I will never forget what this club has done for me and I believe this episode will also form part of my history with the club. It would have been very romantic to return, but even with what happened, I believe that my history with the club will be remembered with a lot of affection.

Q: The fans were chanting your name last Sunday…
A: I’m speechless. I received texts telling me about this and I was touched. I sent them to Hamburg, to tell them, “look what the Bernabéu did for me, let me leave, please!”

Q: You’ll always have that thorn of never winning a Champions in your side…
A: It appears that way, and it hurts. I will retire without winning a Champions League. I really saw myself winning La Décima with Mou. Fate says Madrid will win on May 28 and I thought I would be there. When Madrid called me, I thought, “I’m going to win the Champions! I’ve thought a lot about what it would be like to lift up the trophy, to touch it…” A 17-year career, and I don’t have one of those.

Q: Why do you believe this year will be the year?
A: Mourinho is the best coach in the world. I think the team is doing really well and the coach manages them like no one else could during important moments.

Q: Why do you have so much faith in Mourinho?
A: Have you seen what he’s done in the last five months? That’s a real coach. It’s a completely different team compared to previous years; it’s a new team. His work has been wonderful. Look at Marcelo, he’s a completely new player under Mourinho! He gets the most out of everyone and that’s why I believe they’ll win La Décima. Look at Cristiano! He’s always been fantastic, but now there’s no one that can stop him. 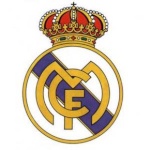